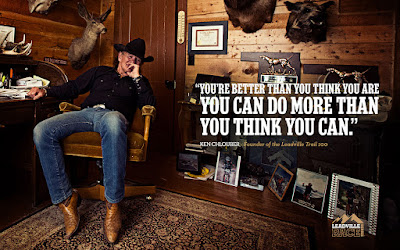 I feel that if I can get in several efforts above 10,000 feet, where the terrain is steep and nasty, I will be ready for a good crack at sub-24 at Leadville. I have two efforts of 22 hours and change at Leadville and would love to make a run at that kind of time but for 2017 I am gunning for sub-24. I know my stomach will go south, so it's really a question of how I minimize the impact. And I think that more training on steep terrain up high, all within weeks of 80-90 miles, will hopefully better condition my stomach for what will come on race day.
Posted by Wyatt Hornsby at 4:05 PM