The snubbing of Andre Dawson

OK, so I know this blog is about running, but as a baseball fan I have to comment on the just-announced 2009 Baseball Hall of Fame class, which rightfully included Jim Rice and Rickey Henderson (amazingly 28 morons didn't vote for Henderson, the greatest lead-off man in history) but wrongly excluded the venerable Andre Dawson. 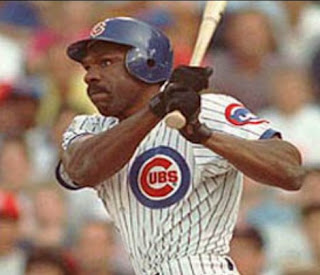 Anyone who watched baseball closely in the 1980s knows that "the Hawk," as Dawson was known, was one of the three or four best players in the National League year after year. He hit for power (49 homers in 1987 and 438 for his career), was a base-running threat (314 steals), played awesome defense and had a cannon for an arm. Yes, his career on-base percentage (.323) is a tad low, but, again, if you watched baseball carefully in the 1980s you know that when the Hawk was at bat his mission was pretty much singular--swing for the fence. And he must have done it all pretty well because he was an eight-time All-Star, pulled down eight Gold Gloves for his outstanding D, won an MVP (1987) and finished second in MVP voting on two occasions. Oh, and he was the 1977 National League Rookie of the Year.

To truly appreciate Andre Dawson's greatness, you had to watch him with your own eyes, and you have to take into account that he played before the "steroids era," when 30 or 40 homers was a lot. His stats are impressive, but they don't tell the story of his brilliance, greatness or domination, or of the respect he earned from his peers. As a diehard Mets fan, I saw him brutalize my team on more than one occasion--except for when the prolific Cubs kills Dwight Gooden pitched :). Because I watched Dawson in his prime, I know it's a miscarriage of justice that he--and the late Buck O'Neill for that matter--have yet to be enshrined in Cooperstown.

It's time for the Baseball Writers of America to right a wrong and elect Andre Dawson into the Hall of Fame, where he deserves to be honored for all time.
Posted by Wyatt Hornsby at 7:43 AM

Email ThisBlogThis!Share to TwitterShare to FacebookShare to Pinterest
Labels: Baseball