The superficiality of the "go green" movement

I'm tired of the "go green" movement, but hear me out--I'm a total lover of nature. As someone who spends a fair amount of time on the trails enjoying the sites, sounds, and smells of nature, as you probably do, too, I wholeheartedly support environmental protection and conservation. But to me, in all its bloviating about light bulbs and the like, the "go green" movement is for the most part trite and really just engineered so people can feel better about themselves. "Go green" fails to even scratch the surface of the real environmental problems in our nation and world--problems light bulbs couldn't begin to solve. 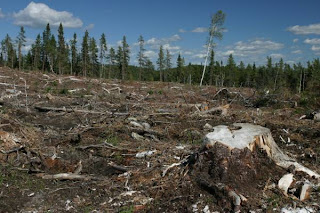 Before I continue, let me say that, as Charles Krauthammer recently wrote, I am a global warming agnostic. While I'm as yet unsure of whether global warming is actually happening and, if it is happening, why it's happening (the "science" is currently more dogma than objective), I am quite sure CO2 emissions aren't a good thing. I am also sure that deforestation by over-development is a very bad thing, as it over-fishing (a topic for another post). And so we should reduce our emissions as much as possible while preserving our natural habitat. This starts with protecting the Amazon, which functions as the planet's lungs. Today the Amazon is under attack. 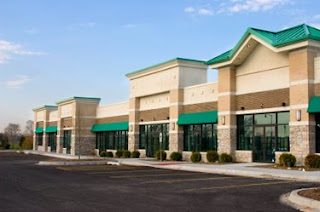 But it also means protecting wooded areas and wetlands in communities across America. As I'm out running, it's amazingly tragic how many natural areas I see being demolished for residential and commercial "development." There was a wooded area in Solon that recently got destroyed for a "lifestyle center," which is jargon for a glorified strip mall. Just what we need--more Starbucks. I see wooded lots all over the Chagrin Falls area, especially down near the river, now up for sale. A previously wooded area in Moreland Hills is now just mud as a shopping center is being built. I feel terrible for the deer and other animals whose homes are being wiped out.

We deforest for the almighty buck, the deer, coyotes and other animals have no place to go, and then municipalities allow people to shoot them to reduce the population so they don't damage our cars and, in the case of coyotes, eat our dogs. How is that right?

Every time I see a pile of torn-down trees I feel a deep sadness. When are we going to wake up and realize that once you tear down a wooded area and build houses and buildings, it's kind of hard to restore what's been lost. In the name of God, how many more Targets, Home Depots, Walmarts, Lowe's, McNeighborhoods, and McStrip Malls do we need? When is enough actually enough? 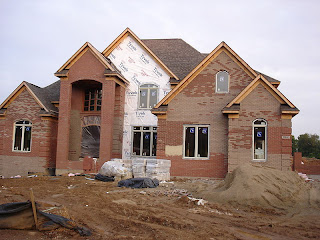 "Going green" is about so much more than light bulbs. It's about preserving our natural landscape, about holding WalMart and other big-box stores accountable for abandoning a space to build a new, big-box store on previously undeveloped land, about city councils saying "NO!" to greedy real estate developers, about redeveloping empty spaces, about abandoning bottled water (did anyone else who ran Blossom Time notice that the organizers gave out bottled waters after the race when they could have used biodegradable cups? I looked in one of the trash cans and couldn't decide if the overflow of plastic was more comical than sad), about making mass transit more accessible, about coming to grips with the fact that ethanol (which will eventually go the way of the pet rock) is actually having a harmful effect on our land, wildlife, and food prices, and about getting off oil in favor of the hydrogen fuel cell or whatever else works better (did you know you can actually drink hydrogen fuel cell waste water?).

In 1960, John F. Kennedy said we'd have a man on the moon within 10 years. We did. Why then can't we pledge to get off oil in lieu of the hydrogen fuel cell? Maybe because we're beholden to Big Oil and OPEC? Maybe because we care more about living in the now than 10 years from now? I'm not entirely sure. But it is ridiculous, tragic and altogether irresponsible that, amid the march of technology over the past several decades, we're still powering our cars with the same stuff we pumped into the automobiles of 70 years ago.

The "go green" movement, which is now fashionable and, as a result, annoying, only scratches the surface of a deep problem in our nation and world. Unfortunately, in an era of fast food and fast fixes, it's a way for people to "feel good" about themselves and excuse themselves from dealing with the real problems--over-development, displaced wildlife, stupid energy policies, carte blanche for greedy developers, and backward thinking on a mass scale, all of which has us on a crash course with oblivion.
Posted by Wyatt Hornsby at 7:20 PM

Email ThisBlogThis!Share to TwitterShare to FacebookShare to Pinterest
Labels: Commentary